HONDA TOPS THE 2021 DAKAR WITH A DOUBLE VICTORY!

Home/Motorsport/HONDA TOPS THE 2021 DAKAR WITH A DOUBLE VICTORY!
Previous Next

HONDA TOPS THE 2021 DAKAR WITH A DOUBLE VICTORY!

The HRC Monster Energy Honda Rally Team, a proud Motul partner, took a commanding victory in this year’s Dakar rally. It was Argentina’s Kevin Benavides who took the overall laurels, closely followed by his teammate and last year’s victor Ricky Brabec. This is the story of a tough race with a fairy-tale ending.

For this year’s Dakar, ASO introduced a few new regulations, such as a limited number of new rear tyres and a roadbook that was only handed out moments before the departure of the day’s stage. All this was in an effort to slow down the field of riders and to improve safety. However, racers are racers, and ultimately, they want to go as fast as they can.

After leaving Jeddah, the Honda team put a strong stamp on the race taking on the competition from the likes of Yamaha, Husqvarna and KTM. In the second stage of the event, it was Spaniard Joan Barreda who put his experience to fair use in his 11th Dakar outing, taking another victory in this Dakar stage and points in the bike category. 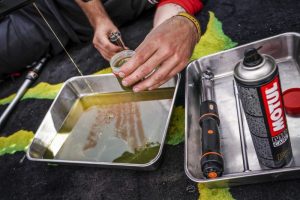 new regulations meant riders only received the roadbook before departure, so they had no information to go on ahead of the stage’s start. Starting the stage with no tracks to follow would prove to be a challenge, and any mistake would be costly. Halfway through the race, KTM’s Dakar champion Toby Price showed his great form once again. But his triumph came to an unfortunate end after crashing out of contention and being taken to hospital for medical care only a few stages before the end. A similar fate crossed José Ignacio Cornejo’s path when the Chilean youngster took the lead but lost control of his machine in the following stage. Misfortune also struck Joan Barreda, who was unable to finish his 11th Dakar rally.

Kevin Benavides and Ricky Brabec were the only two riders left in contention in the final few stages of the race. Luckily, they were both topping the leader board with the final stage deciding who would win this year’s event. Ultimately it was Kevin Benavides who repeated his success in the Andalucía rally with a commanding win! With this victory, Honda concluded an enormously successful Dakar having no less than 10 stage victories among their ranks.

On his Dakar win, Kevin Benavides told us: “The final stage of this Dakar 2021 was very difficult: I started third so I thought that it would be easier, but it was not like that. At 50 kilometres all the riders in front got lost, so I began to open the lead. The stage has been very difficult to navigate so I stayed focused on doing things well. I gave everything to achieve this win, which is a dream come true for me. I am very happy and thrilled about it. I crossed the finish line thinking about many things, with great emotions… Paulo Gonçalves also crossed with me… It was a great moment. I am really pleased and I’m living this moment. I want to thank the whole team, starting with my mechanics, for the great job they have all done this difficult year. Thanks also to Honda for giving us such a great bike which made it possible to achieve the dream.” 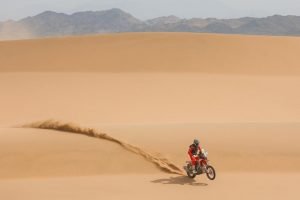 Runner-up and teammate Ricky Brabec, added: “Kevin and I did a great job. The whole team did a great job. It was unfortunate for Joan and Nacho. I tried to make a push to try and get Kevin seven minutes ahead, but unfortunately, I failed that. I had to settle for the number two spot. All in all, it was a great rally. Special thanks to my mentor and assistant Kendall, and my mechanic Eric, who did a great job and kept Nacho and I focused and in one piece. Thank you guys once again, and hopefully next year we’ll be able to take the number one back on this bike.”